My wonderful friend Sharon and I decided we needed a girls lunch, and that carbs and cocktails were the way forward!  I really, really wish she lived closer so that this was a regular occurance, but at least we get to catch up annually!

We ended up in a place called Papachinos which is a chain, so the one by Monte’s isn’t the only one don’t worry!  That is the one we ended up in though.

What a great little find!  The cocktails were huge, the food portions were huge, and my stomach was huge as we left!

Not much more to say about this one really.  The staff weren’t great but again, my accent can be very strong if people aren’t used to being in a tourist soaked area.  I get that.  They were exceptionally sweet though and really tried to understand me.  It became funnier with each cocktail!!!

Have some more photos!!! 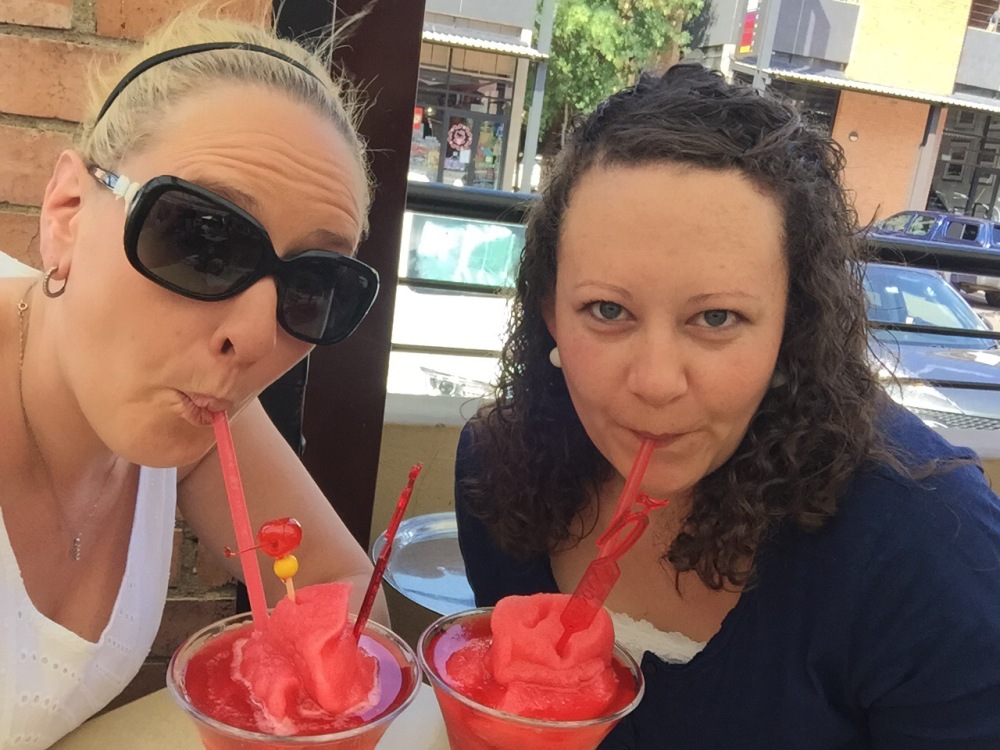 Naturally after all that food and drink, we needed to go somewhere else to carry on, which is when Sharon’s divine husband Jono joined us and took us off to Monte Casino, to a place called Ciao Baby Cucina.  Which despite having very good food (Jono ate – we didn’t have room yet!), had categorically the worse cocktails I have ever had the misfortune to try.  I should have sent them straight back when they came over looking all radio active!!

On the plus side, we did get to meet “Bad Santa”, look around a Christmas market, and pose in front of a very pretty tree!! 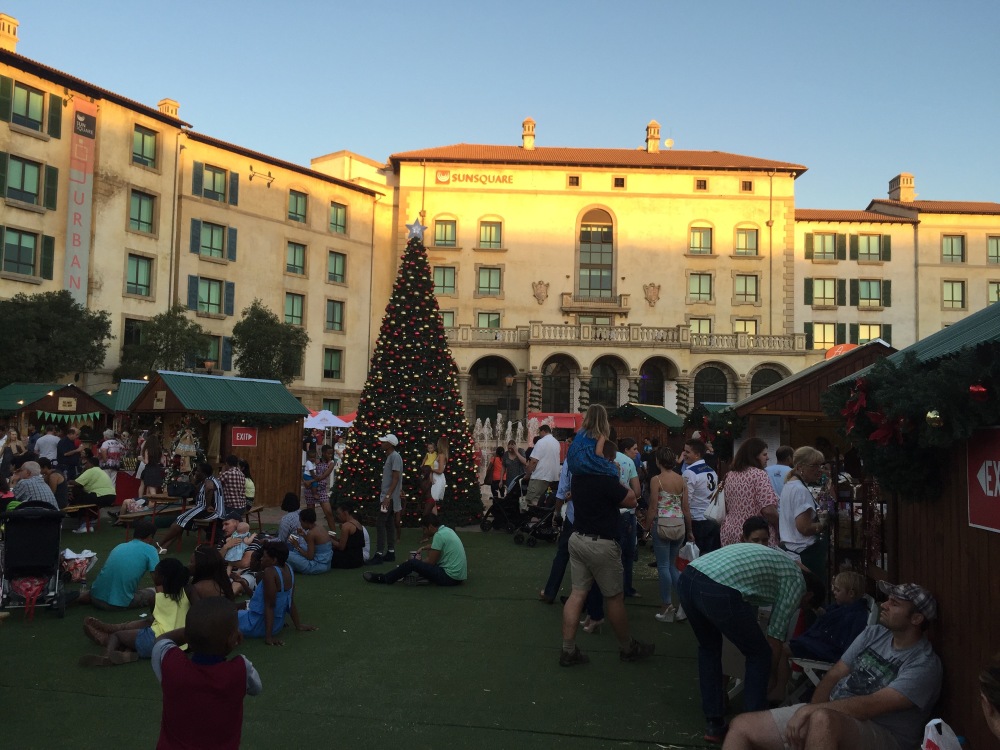 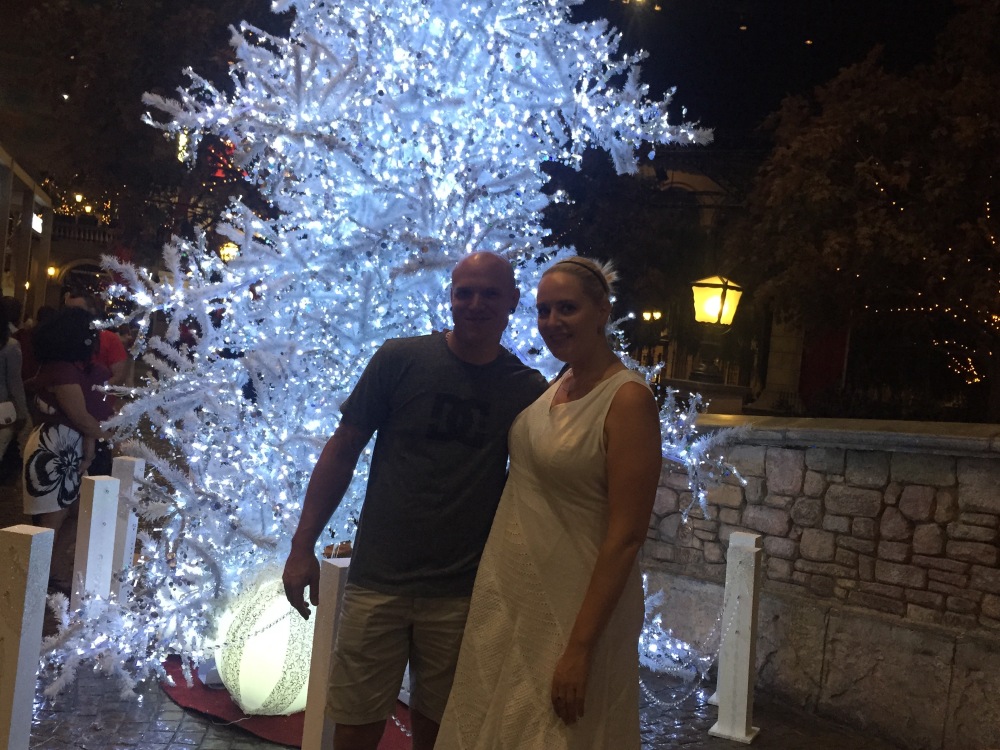 But the day didn’t end there, of course.  We by now needed a nightcap, and headed over to Throbbing Strawberry in Fourways for their famous Watermelon Daiquiri!

The BEST cocktail of the holiday!  Have you been?  If not go, and try one asap!  It’s light, it’s crisp and it’s perfectly balanced.  It’s dangerously more-ish!  Just perfect!

We didn’t eat this time around either, but I have been there a couple of times before and the food has been very good.  I am a sushi snob and it really does stand up to some of the best that I have had around the world.  They also have an extensive drinks menu, which really works well because there is something for everyone… unless of course you don’t know what you fancy because then you have to stay for longer than planned in order to try all the lovely new things you’ve seen!

Thank you so much to the wonderful Sharon and Jono for taking me out that day and curing my post-Cape Town blues.  I love you guys even more than I miss you xoxox