There is a little known area behind Downtown called Bay Square.  It is technically Business Bay but it is, in my mind, too far from the main area to count!

It isn’t going to be little known for much longer though as there is a Double Tree by Hilton that is just open, and they are actively working to get some of the Downtown Crowd to come by with events like The Laughter Factory, daily happy hours, and a Pizza Express Live soon opening.

Located just behind South Ridge, it isn’t far to go for a pizza and glass of wine, so I rather suspect this quiet little office and cafe area is going to become very busy.Why am I telling you all this?  Because they had some of the nicest Christmas lights around.  They also hosted a New Year’s Eve party with movies, live music and a DJ.

But, I’ve run out of words now so instead have some photos.  I cannot do the lights full justice though because I am not a proper photographer and I was using an iPhone 6s to capture them!! 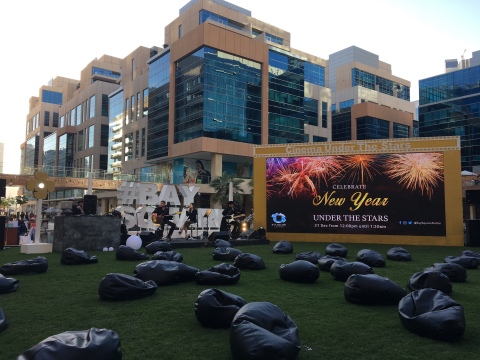 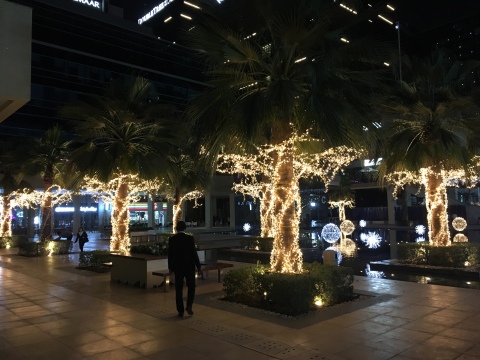